There is big interest in growing cacti and other succulents in our gardens despite the cold and snowy winters we often have. 2013/2014 has been one for the record books!  But yes, there are cacti that will survive even the cold Canadian winters! Join us Tuesday to learn more from Anna!

Anna is originally from Poland, and came to Canada in 1989. In Poland she spent 2 years at Horticultural College, and worked at the local Farmers Co-op. She moved to her “cottage” from the Toronto area with her new husband in 1994 and after 2 years, started selling a few plants and seedlings out of that location…thus Anna’s Perennials, was started. Subsequently, they moved near Lindsay. For several years, Anna has been giving talks/demonstrations to various horticultural groups and area trade shows on many different topics.

Feel free to print and share the poster above and to invite your friends. A free event.

This entry was posted in Monthly meeting. Bookmark the permalink. 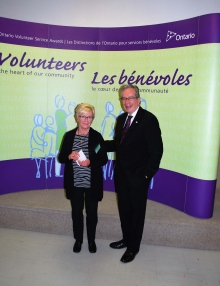